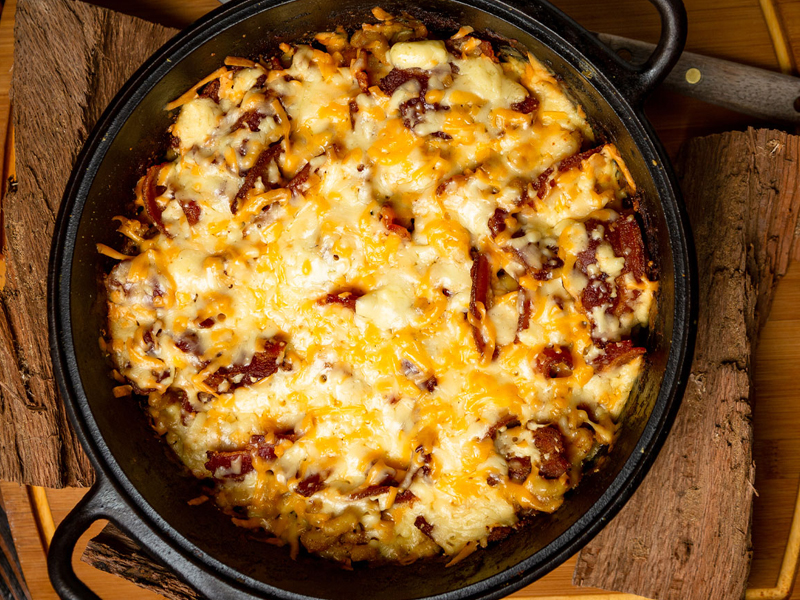 This is the ultimate in comfort food: ooey-gooey homemade mac and cheese topped with savory BBQ chicken. The mac and cheese is made in a large cast iron skillet on the grill with two types of cheese. The BBQ chicken is grilled right on the grate, then added with even more delicious cheese over top the mac. Dig in!